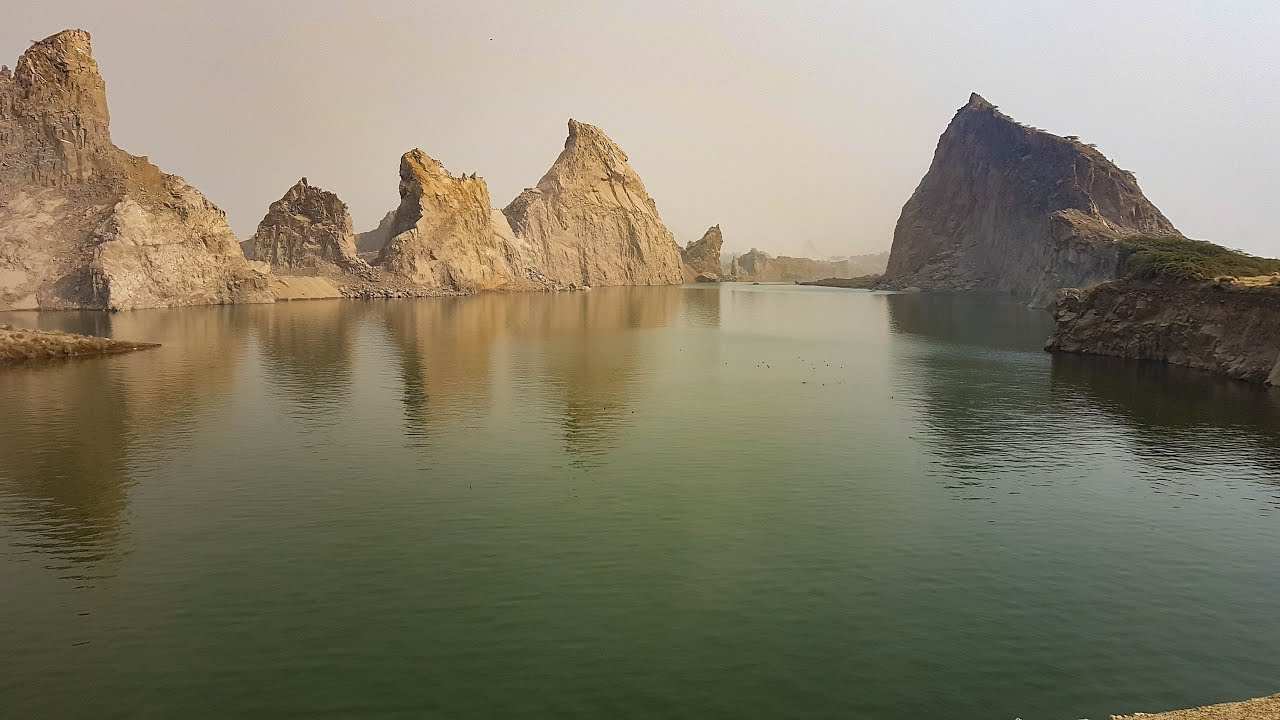 The Kirana Hills is a small and extensive rocky mountain range located in Sargodha, Pakistan. It is also a place of tourist attraction in Sargodha City. Locally known as "Black Mountains" due to its brownish landscape, its highest peak is about 980 feet (300 m).

Kirana Hills covers large fertile land. Kirana Hills are situated 14 miles away from Sargodha. This place is regarded as one of the best spots in Sargodha. Before independence this site has been regarded as a sacred site by Hindus.

Kirana Hills also features a small temple where an annual festival is held. Remount Depot was built up in 1902 and is spread over a vast zone of more thatn 10000 sections of land alongside the 660 sections of land woods. Warehouse today stands out as the prime rearing ground for fine quality ponies.

There are not Auto Vehicles permitted inside Mona station from the principle entryway you need to go through pony traveler trucks and carriages or through Tanga (Horse Cart). These trucks are reminiscent of a great past. Surreys utilized by Quaid-e-Azam Muhammad Ali Jinnah and the Queen Elizabeth II are there in plain view in the historical place alongside other mid nineteenth century’s utilized carriages. The spot is 90 km from city of Sargodha and around 24 km from Lahore.

This memorable mosque was worked by extraordinary Muslim Warrior Sher Shah Suri in 1540 AD. The structure is very much safeguarded and cared for. There is additionally a data focus in the mosque which gives all help to anybody keen on investigating Bhera.

Sial Sharif is famous for the Sufi shrine of Khwajah Muhammad Shamsuddin Sialvi, popularly known as Pir Sial, who was a waliullah (saint) belonging to the Chishti order. His

descendants, all of whom are believed to have reached the highest levels of sainthood (one of them is explicitly designated by the title Qutb-al-Aqtab), are also buried in the same shrine.

Today the Khanqah (Zawya, i.e. Sufi convent) of Sial Sharif is counted among the foremost Chishti centres of the Punjab, and indeed of the whole Indian subcontinent. Many spiritual personalities are or have been associated with Sial Sharif. Most notably, Pir Meher Ali Shah of Golra Sharif, the famous saint of the 20th century, was a faithful murid (disciple) of Pir Sial of Sial Sharif. Hazrat Pir Syed Haider Ali Shah sb, astana Aalia Jalal-Pur Shareef, These two were most prominent mureed of Pir Sial Lajjpal also so many others like Pir Muhammad Karam Shah Al-Azhari of Bhera Sharif and Hazrat Molvi Abdul Ghani Chisti of Bareela Sharif.

Sial Sharif is a village in the Sargodha District of Punjab, Pakistan. It is located in Sahiwal Tehsil and lies 48 km (30 miles) away from the city of Sargodha, about midway on the Sargodha-Jhang road.

To this day, the Islamic spiritual tradition is very much alive in this (Nizami) branch of the Chishti order. Its barakah (spiritual influence, blessing) is experienced by tens of thousands of disciples and visitors. Every Friday, scores of devotees travel long distances just to attend the Jumu’ah prayer there and obtain some blessings from the Holy Shrine